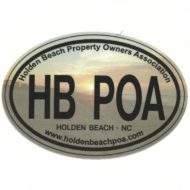 4.    Agenda Approval  Add item 7B: consideration of Parks and Rec Grant for the Pier and 11B to discuss the sewer issues that occurred during hurricane Ian.  Approved unanimously.

5.    Approval of Minutes Approved unanimously.
a.     Minutes of the Public Hearing/Regular Meeting of September 20, 2022

8.    Police Report – Chief Dixon Number of calls have decreased as the number of visitors has decreased.  The speed limit will NOT increase to 45 MPH past the pier this year.  Dogs are allowed on the strand all day since it is past September 10.  There have been no calls of concern about fishermen in the Jordan Blvd area between 2 – 5 AM.

9.    Inspections Department Report – Inspections Director Evans There are 44 new homes pending.  He is tracking major renovations now.  He will again be hosting a contractor’s informational meeting.  Contractors get CE credit.

10. Discussion and Possible Action on the Planning & Zoning Board’s Response to the Board’s Tasker Concerning Frontal Dunes (Code of Ordinances Section 94.03 Frontal Dune Policies and Regulations) – Inspections Director Evans  No substantial changes proposed.  Inspector Evans was requested to bring back more information on the background and a better explanation.  No action taken.

11. Discussion and Possible Action on the Upgrading of the Greensboro Street Lift Station – Public Works Director Clemmons  Voted unanimously to have Green Engineering to go out for bids on the Greensboro sewer lift station.  The last time it was bid it came in at $3.2M.

11B.  Agenda item added to discuss the sewer issues during Hurricane Ian.   Director of Public Works Chris Clemmons explained that due to storm surge the system could not operate and had to be shut down.

12. Discussion and Possible Action on Vinyl Siding as it Relates to Storm Damage and Safety Issues (Possible Limits of Use) – Mayor Holden The Town cannot change the building code, but Mayor Holden is calling on contractors to educate homeowners to upgrade vinyl siding.

13. Discussion and Possible Action on Bulkheads from 796 Ocean Boulevard West through 800 Block Properties (Parcourse Area) – Commissioner Murdock Motion was made to get a CAMA permit and use an engineer to determine what height of bulkhead is needed and the estimated cost.  Motion carried 4-1 with Commissioner Smith voting no.

14. Discussion and Possible Action to Solicit Engineering Firms to Evaluate the Potential Need and Cost for Additional Water Storage Capacity for Holden Beach – Commissioner Kwiatkowski Motion was made to issue an RFQ to study the need for a second water tower. Passed unanimously.

15. Consideration of Early End to Paid Parking this Year – Town Manager Hewett  Paid parking will be suspended as of October 28, passed unanimously.

16. Public Comments on General Items
· Marty Arrowood of Shrimp St. shared that the parking situation was much better this past summer with paid parking.  She Is also was in favor of buying the pier for the open space.
· Irv Woods commended the design of the last beach renourishment which allowed no breaking waves on the dunes.
· Jim Bauer discussed the pier and felt that they should not have accepted the grant.

17. Town Manager’s Report
·  There was little to damage during Hurricane Ian to the engineered portion of the beach.  He estimates that there was approximately $300,000 in damage to the sandfencing and plantings.  However, the west end did get hit hard.  There are no plans to survey for sand loss.  The sand is equilibrating.
·  He gave a budget report for the quarter.  Finances are normal for this time of year but occupancy taxes are up compared to last year.
·  NCDOT has contacted the Town with an issue about the resurfacing/bike lane project.  There is an issue in getting the CAMA permit.  They are inconclusive on whether the project will happen this spring, though they are hoping to complete it before Memorial Day.
·  Run HB was cancelled due Hurricane Ian and is pending a new date.  The Bike Ride went well.  There will be a Veterans’ Luncheon on November 10.

18. Mayor’s Comments The Mayor is thankful our hurricane season has drawn to a close and that damage was light.

19. Board of Commissioners’ Comments
· Commissioner Smith stated that the Town’s Emergency Management procedures are ready for action.  The pier came through the storm well.  He thanked the PD for the golf cart safety video.  He also thanked Jim Varner of Otto Connect Parking for his team’s professionalism this summer.  It changed the usual parking chaos.  He also thanked the Town Attorney for his work on the shark fishing tournament.  There will be a Pancake Breakfast the Saturday of the Festival weekend at the Chapel.
· Commissioner Murdock thanked the Town staff for their hard work during the storm.
· Commissioner Dyer reminded everyone that it is better to be ready before a storm hits than trying to rescue items as they float away and encouraged everyone to prepare in advance for storms.
· Commissioner Kwiatkowski wanted to make clear that they are working on plans.  They have released RFQs and things will start coming together.
· Commissioner Arnold was glad to be on the Board and agreed we live on a great beach.