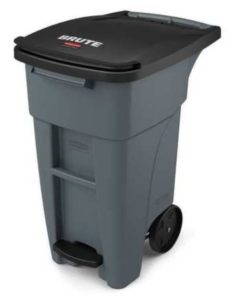 A revised version of the ordinance will be brought back to the April 20 meeting for discussion and a possible vote.

Many of the public comments received by the Town discussed the difficulty this ordinance would cause non-residents when they visit their Holden Beach home on weekends or other times that do not line up with trash pick up.   If the ordinance does not restrict when bins can be rolled out they would not be impacted.  If full cans are rolled back to the house they would not be impacted unless they missed the pick up.  For this to happen they would need to be rolling the cans to the curb in the brief window between when the trash truck came by and when the roll-back contractor comes by.

Public Comments – March 2021 BOC Meeting (The first few comments regard paving, parking or bike lanes, the remainder are about the trash ordinance.)

The final red-lined version of the ordinance to be discussed and possibly voted on at the March Commissioners’ Meeting along with the discussion points to be determined can be reviewed here.

The issue of trash cans has come back up again.  Commissioners Kwiatkowski and Sullivan have proposed reverting to the 2018 ordinance which was passed and was then substantially modified a few months later.  See below for the history, many of the same issues and questions still apply.  Commissioner Kwiatkowski and Sullivan have explained that they are concerned about the appearance of the island, safety when trash cans block the line of sight for drivers, litter, and the smell for those walking and biking past cans.

The major changes from our current ordinance are:

There would be a grace period before the ordinance went into effect.  How enforcement would be handled has not been determined.

As of now, the Commissioners plan to discuss the issues and the item will be back on agenda for a possible vote at the March 16 Commissioners’ meeting.

Materials from the January 2021 Commissioners Meeting regarding Trash

Materials from the February 2021 Commissioners Meeting regarding Trash

The new ordinance, 19-03, passed 3-2 at Tuesday’s Commissioners’ meeting.  Commissioners Sullivan and Kwiatkowski were opposed to the changes in the new ordinance.  The ordinance passed Tuesday night will eliminate the hardships imposed by the new trash rules put in place last fall and scheduled to go into effect on May 1st.   The new ordinance will provide rollback service for all residences, trash corrals may be used if desired, full containers will stay at the curb until the next trash day when they will be emptied, and the restrictions on when bins can be rolled out is eliminated.  Fines for yard waste violations, putting trash outside of the can, etc. will remain.  The Commissioners agreed to re-bid the rollback service since the scope of work had changed.

Changes to the new ordinance are being proposed that would eliminate most of the concerns raised by property owners.  The revisions are in Ordinance 19-03.  This will be voted on at the meeting Tuesday, March 19.  The changes would eliminate the time restrictions on when containers can be rolled to the street, and since the Town will be providing roll-back service to all homes on the island there would be no fines for not rolling cans back by the time limit.  If a can is rolled out too late for pick-up it would be left at the curb until the next trash pick-up.  Corrals for trash bins would also be allowed.

The Commissioners voted 3-2 in favor last night (Butler, Freer, Fletcher in favor, Kwiatkowski and Sullivan opposed) to send the newly approved Trash/Solid Waste ordinance to the staff to rewrite the ordinance incorporating the changes Commissioner Butler has proposed.  You can read Commissioner Butler’s full statement here and see a summary of his points below.  Since the recommended changes remove the penalty for early trash can roll out, and the Town has committed to providing rollback service for the entire island, there was no need to delay the implementation of fines until 2020 – so that item was withdrawn from the agenda.

The revised ordinance will come back to Commissioners for approval at their March 19 meeting. It is anticipated that fines will still apply to those who put out yard waste at the wrong time or large items for pick up.  Fines would also be given to those who put bags of garbage on the ground instead of in the can.  Rental homes still need to follow the rules for the number of cans required.

The Commissioners will address possible changes to the new ordinance at their February 19 meeting.  The first topic on trash is a proposal from Commissioner Butler with changes he would like to see made to the ordinance.

1.     Island-wide rollback. Empty Trash and Recycling Containers will be rolled back to the street side of the home, under the home or to a corral if available.

3.     Full containers would stay at the curb until emptied.

4.     Containers can be rolled to the curb early. Eliminate the 48-hour street-side requirement before the designated collection day.

5.     Enforcement fines would still apply to those not following the yard waste requirements and those placing trash on the ground or on top of trash containers.

The second agenda topic on trash is to amend the ordinance to push back the start of penalties until May 1, 2020.  Also on the agenda is the bid selection for a rollback contractor.  The apparent low bid is Fulwood’s Lawn Service Plus at $52,416 annually for island-wide rollback.

You can read the details in the Commissioner’s Packet by clicking here.

There is a new ordinance, 18-16,  for trash pick up and it went into effect December 19. HBPOA recommends that you read the ordinance and consider how it applies to your situation.  HBPOA has heard a lot of concerns about the new ordinance and have shared these concerns with the Commissioners in writing, at the BOC meeting and in person.

The Commissioners have decided that roll-back service will be provided to all homes, not just Ocean Blvd.  They have not decided on roll-out service.

Where Your Trash Bin Can Be Kept

New Ordinance: the “intent” is for cans to be under the house or alongside houses that have the ground floor enclosed.  This is the reason the BOC is now looking at forcing property owners to remove their corrals.  The stated reasons for this are that the garbage smells and walkers/bikers can smell it in the corrals and that the cans are more secure from wind under/beside the house.

New Ordinance:  Violators will be fined $50 per day and each day constitutes a separate offense.  Fines will be the responsibility of the property owner.  The Commissioners did remove the criminal violation – it is now only a civil violation. Fines will not start until May 1, 2019.

HBPOA recognizes that cans should not be on the edge of the road for long periods of time.  It is unsightly for owners and visitors and blocks the line of sight for drivers.  We also recognize the vast majority of property owners will not be able to meet the timing requirements of the new ordinance (i.e., 89% of property owners don’t live on the island).  Non-resident property owners pay the same taxes (some also help contribute to rental taxes) and are entitled to basic Town services, such as trash pickup.  The Town should not shirk its responsibility to meet the needs of its taxpayers.