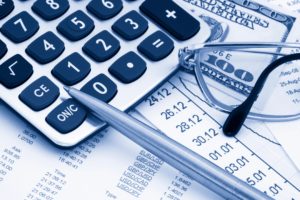 The Town’s auditor, Rives & Associates, presented the results of the 2018 audit to the Audit Committee on Tuesday afternoon, July 16th, and to the Board of Commissioners later that same day.  While the audit showed that the Town was in good financial shape, it also found several problems that should be of concern to property owners.

The financial reports prepared by the Town’s Finance Director must be audited every year by an independent auditor.  The auditor’s job is to confirm that the reports are accurate and follow required accounting practices.  The auditor is not allowed to perform the Town’s accounting or reporting functions; they only attest that the reports are accurate.  If the auditor finds errors, they identify the corrections that are needed before they can attest to the final numbers.  The Town is responsible for providing the auditor with accurate information and for making the correcting adjustments that are needed.

The results of the audit showed that in 2018 revenues exceeded expenses so fund balances (i.e., savings) increased and important financial ratios improved.  Expenditures went down compared to 2017, mostly due to the Central Reach project.

The auditor found a Material Weakness in the way the Town performed accounting for its finances, and a Significant Deficiency related to the Town’s expertise in preparing and reviewing financial reports.  The Material Weakness is a serious issue since it means the financial reports generated by the Town during the year should not be relied upon.  The Significant Deficiency regarding in-house expertise was the same one that has been documented in every audit since 2008.

The auditor explained that the reasons for the delay in completing the audit were both due to Hurricane Florence and the additional work required as a result of the Material Deficiency.  The deficiency was due to the magnitude of the correcting adjustments that were needed to the financial reports the Town provided.

The Audit Committee voted to accept the audit and the additional fees, and unanimously recommended that the auditor be retained for the 2019 audit.  While there were concerns voiced about the delay and additional costs, the committee felt that changing auditors after one year could give the appearance of “opinion shopping” (i.e., shooting the messenger) and would almost certainly result in another late audit – which would keep the Town on the Unit Assistance List, and potentially bring more scrutiny from the NC Treasurer’s office.

Following the auditor’s presentation to the Board of Commissioners, the Commissioners voted to accept the 2018 audit and pay the additional audit fees, but decided by consensus to go out to bid for firms to perform the 2019 audit.

In May, the Town engaged an independent consultant to start assisting with financial reporting and controls.

Brunswick Beacon article:  https://www.brunswickbeacon.com/content/improvement-needed-after-holden-beach-town-audit
Or as a PDF document

This site uses Akismet to reduce spam. Learn how your comment data is processed.